The most sacred Temple in Tibet

Jokhang Temple is the oldest temple in Lhasa City. It is the jewel of the city, located at the heart of Lhasa City encircled by famous Barkhor Street. Jokhang Temple is one of the most sacred temples in Tibet. This shrine attracts thousands of visitors every year from all over the world. 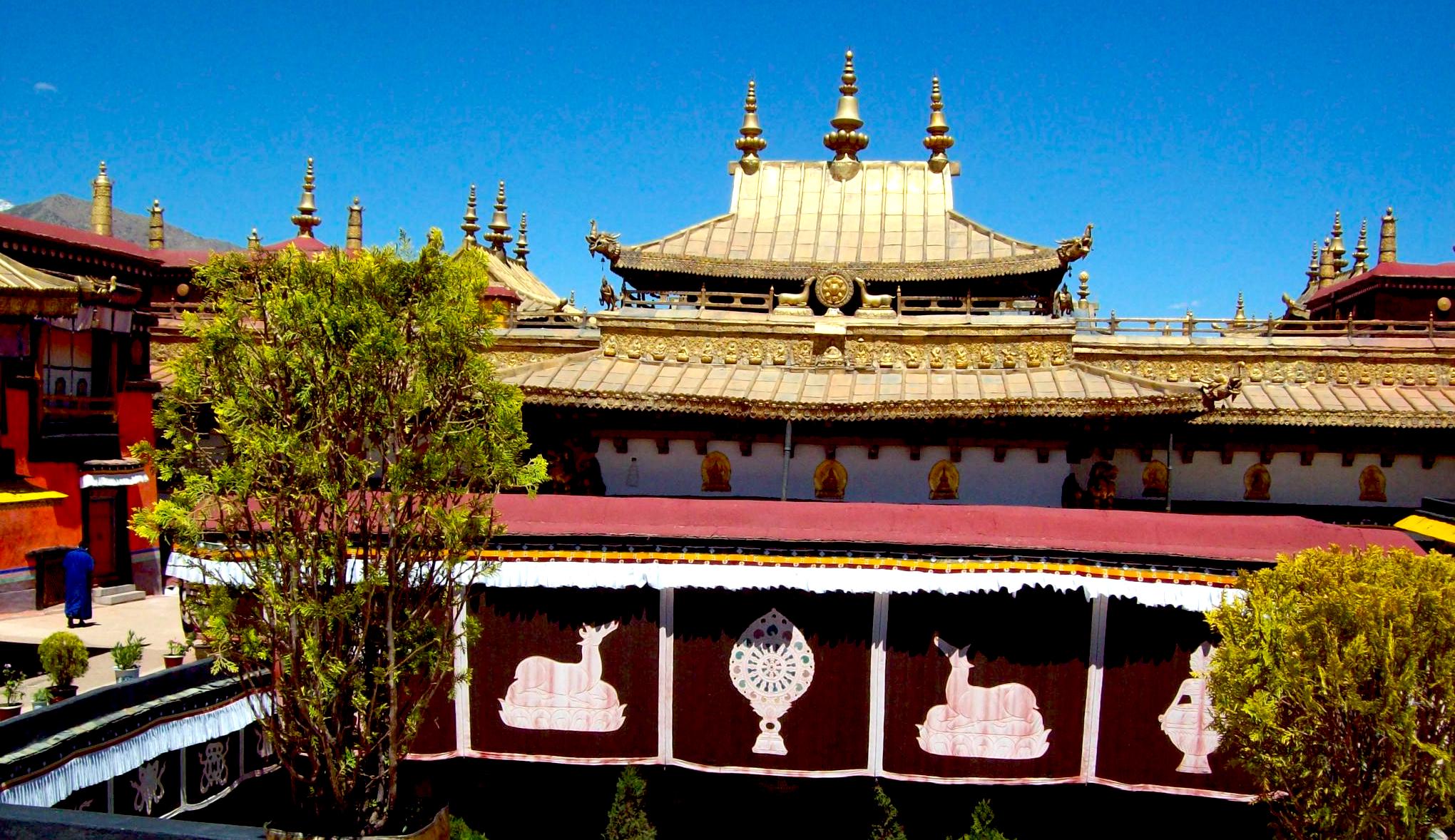 There is a huge golden statue of Buddha Sakya Muni on the first floor of the temple. It is the most religious significant shrine that represents friendship among the Buddhist communities. Let’s get into its historical importance.

It was built in 639 AD by Tibetan King Songsten Gompo. During his tenor, Buddhism was introduced in Tibet and he unified whole Tibet as one entity. He was married to Princess Bhrikuti of Nepal and she had brought a statue of Jowo Michoe Dorjee as dowry from Nepal. She built Jokhang temple for the statue she brought hence is faced toward the Nepal.

He was also married to Princess Wencheng of Tang Dynasty of China. She brought a statue of Jowo Sakya Muni and built a Ramchoe Temple for the statue she brought from China.

During the time of Jokhang temple construction, prince Wencheng computed her astrological calculation and resulted that the whole Tibet territory is in a position of supine demon, where Othang lake is exactly coincide the heart of the demon, so the Othang lake was filled by earth and stones transported by scared goat, the naturally formed image of the sacred goat can be seen inside Jokhang on a rock, then the Jokhang temple was built over the lake. 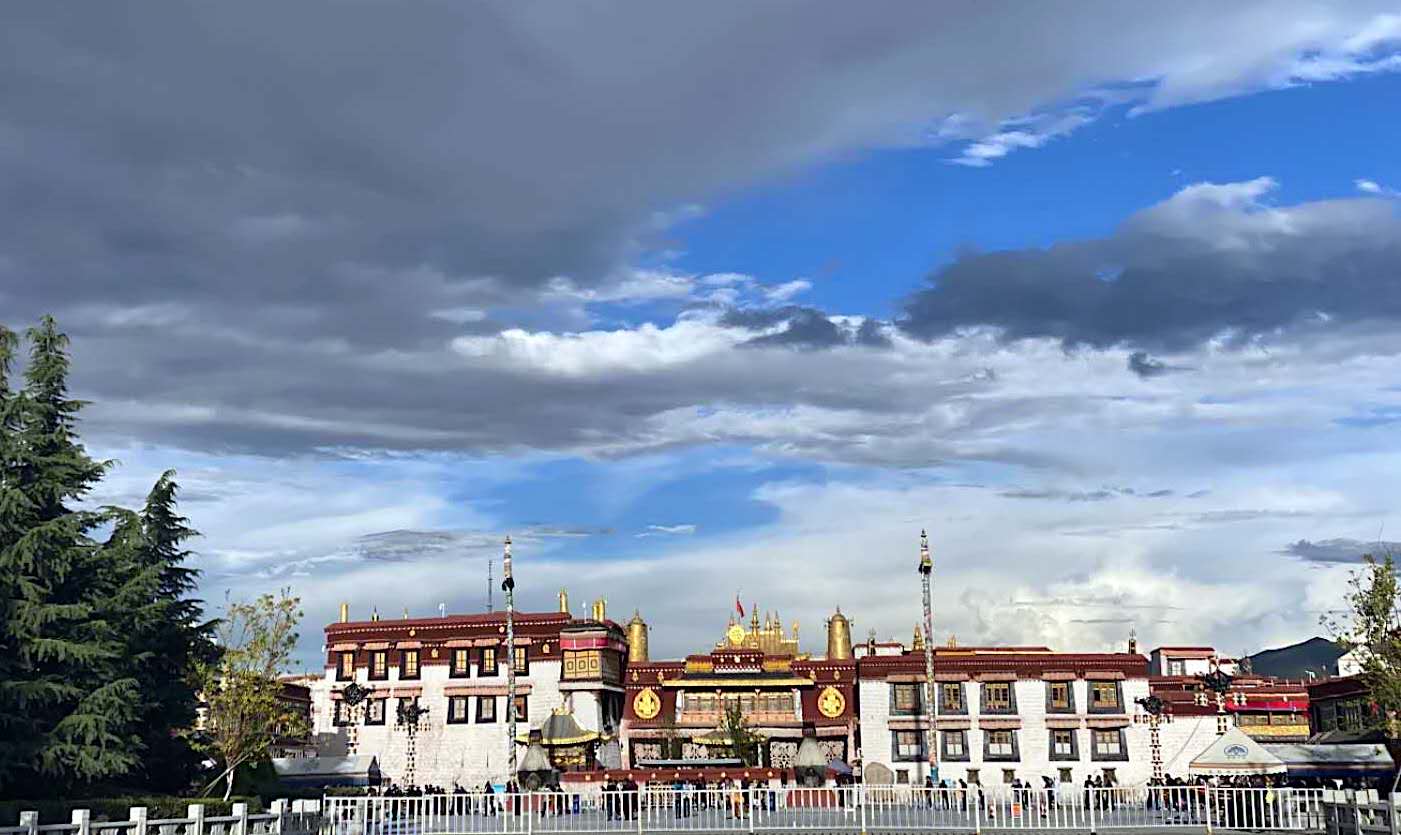 After the Songtsen Gampo’s death, the new emperor of the Tang Dynasty wanted the image back and sent people several times get it back, so the princess Wencheng had moved the Sakya Muni Buddha image from Ramoche to Jokhang temple for protection and hidden it within a wall in it, later it was brought out since then the image had remained in the Jokhang temple.

The Jokhang temple is a four floors construction, with roofs covered with gilded bronze tiles. The architectural style is based on the Indian Vihara Design and later redesigned as a blend of Nepalese and Tang Dynasty styles. The princess Bhrikuti had brought Newari artisans from Kathmandu valley during the constructions and also the temple is facing east-west towards Kathmandu to honor her home country.

Over the centuries from its construction, it was undertaken several renovations in different periods of time but the original structure is well preserved.

During the Culture Revolution, images were badly damaged and the temple itself was made to a pigsty, and some of the chapels were well known as guesthouse number 5 during that time. Then the most recent and extensive renovations were undertaken in 1992, 1994, and 2010. 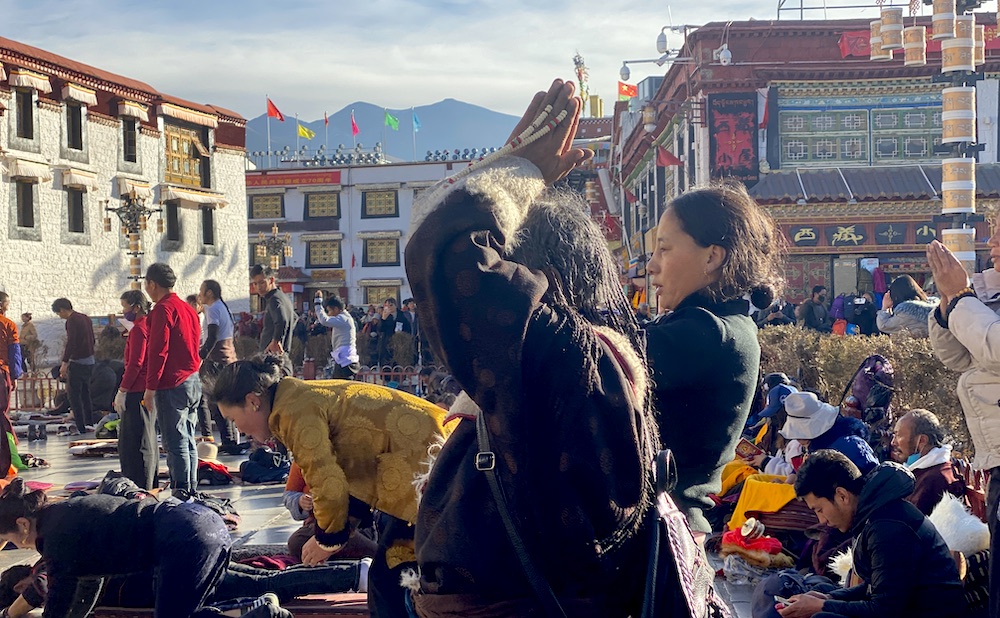 The inner Jokhang of three floors in a square (82.5 square meters) enclosing the main assembly hall and the main shrine for the Sakya Muni Buddha is known as Kyilkhor Thil (bottom of the Mandala). This structure is encircled by the Nangkhor (inner circumambulation). The outermost circle has two floors extended toward the west, which consist of storerooms, kitchen, secondary assembly hall, and chapels, residential quarters of the Dalai Lamas as well as ordinary monks and toilets.

The Muru Nyingpa temple is also part of the Jokhang that adjoins it from the east side. This whole structure of Jokhang temple is enclosed by the circumambulation pathway which called Bakhor (middle circuit), this circuit is known as one of the most devotional circuits that always bustling by local pilgrims. 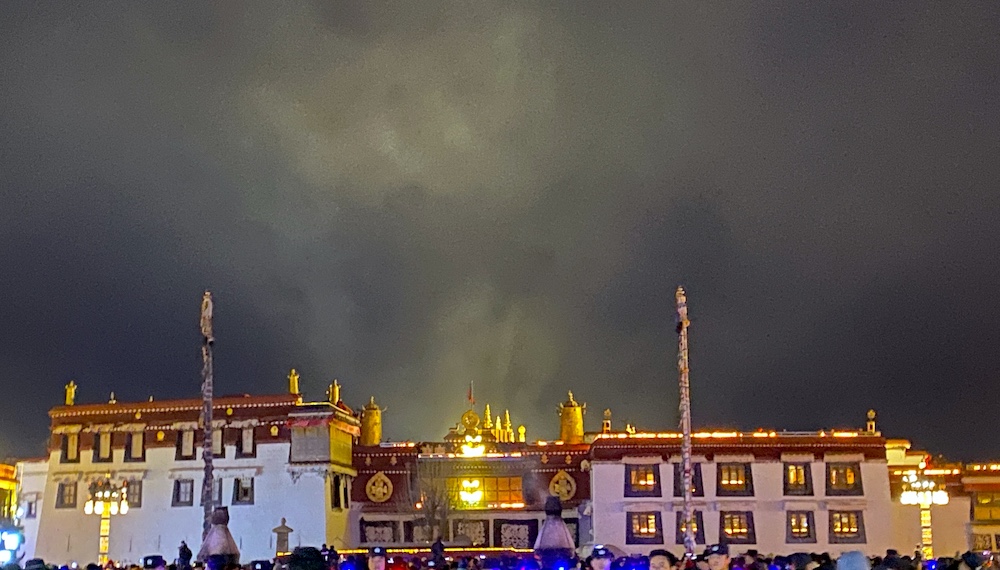 In front of the Jokhang temple is the plaza, a garden filled with flowers, but recently reconstructed into an open square the same as in front of Tiananmen and Potala palace. In front of the central entrance is the stump of willow reputedly planted by Princess Wencheng in the 7th century flanked by another two willows that were recently planted. The stele just in front of the willow was admonishing against smallpox erected in 1794 and enclosed within a new stone wall. On the left side, there is a six-meter stele in the adjacent enclosure.

It is commemorating the Sino-Tibet peace treaty of 821/822 during the reign of king Triralpachen. A small semi-basement in front of the willow enclosure is made for offering butter lamps instead of inside the temple.

These days, the area around the doorway of the central entrance mostly bursting with locals doing full stretch prostration, and the Bakhor street is bustling with pilgrims murmuring mantras almost every day. The two incense burner on the two sides of the semi-basement and the other three around Bakhor street are hard to see without smoke. So naturally, this temple becomes the most active ritual place in Tibet, and it receives pilgrims from every corner of Tibet, especially in the winter.

The location of the sacred temple was carefully chosen as the middle of the Lhasa at the time of construction. Today we find it located at the historical site of Barkhor Square in the old section of Lhasa. The total area of the temple is about 25,000 square meters, surrounded by Barkhor Street.

Jokhang Temple is part of the UNESCO World Heritage Site “Historic Ensemble of the Potala Palace,”

Potala Palace and Jokhang Temple are the most popular Lhasa attractions in Tibet.