The Cradle of Tibetan Civilization 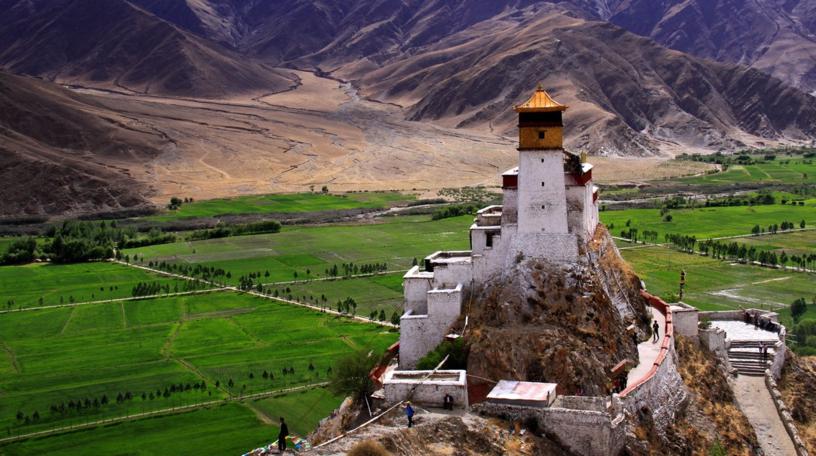 Noted to be the fourth largest city in Tibet, Tsedang, alternatively known as Zêtang, Zedang, Tsethang, Tsetang, and even Zedangshan in Chinese, is located in the Yarlung Valley, southeast of Lhasa. Part of the Nedong District of Shannan Prefecture has been the capital of the Yarlung region of Shannan for thousands of years and was a seat of the ancient Tibetan Emperors. The city is also the capital of Shannan Prefecture and is the second-largest settlement in the history of the U-Tsang region.

Tsedang can boast a comparatively mild climate than is found in Lhasa. Combining stunning natural landscapes and unique ancient culture makes it one of Tibet’s most important cultural sites. The birthplace of ancient Tibetans, here in Tsedang, the first Tibetan kings ruled the lands and where the first building, first monastery, and first farm were founded.

Lying near the flanks of Mount Gongbori (3,400 meters), the area is the site of many ancient ruins, and the area of the Yarlung Valley is known as the cradle of Tibetan civilization. The Tibetan king, Trisong Detsen, founded the first Tibetan Monastery at nearby Samye in the 8th century. After consulting with the Indian sage, Padmasambhava, the temple was built. However, it was destroyed during the 11th century by war and then by fire, in the 17th century and by an earthquake in the 18th century. As a result, only a few of the original 108 buildings remain from the ancient cosmological layout, and the villagers now live outside the monastery’s walls.

The town actually dates back to founding the Tsedang monastery, Ganden Chökhorling, in 1351, which later became an important monastic learning center in Shannan. Originally, the monastery was a Kagyupa monastery. The Gelugpa School took it over in the 18th century. Other monasteries in Tsedang have also been built over the centuries, although the monasteries of the Sakyas were destroyed and built over. The Ngamcho monastery belongs to the Gelugpa School and still contains one of the thrones and bed chambers of the Dalai Lama.

Nearby, there still lies the Gelugpa Nunnery of Sang-Ngag Zimche, which lies inside the ruins of the Samten Ling. It contains the 1000-armed statue of Chenrezig that Emperor Songtsen Gampo made in the early part of the 7th century.

According to legend, the mountainside to the east of town is the birthplace of the Tibetan people. It is told in the ancient legends that the Tibetan people were born from the mating of a monkey and a beautiful ogress cannibal, who had threatened to become the wife of a demon if the monkey did not marry her. With the permission of Chenrezi, the Mother Buddha, the monkey married the ogress, and they had five children who became the ancestors of the Tibetan people. Tsedang town was actually named for the legend, and Tsedang is Tibetan for “the play place of monkeys.”

Tradruk Temple, also known as Changzhug Monastery, lay to the south of Tsedang and was founded in the 7th century during the reign of Songtsen Gampo, while south of there is the location of Tibet’s first building. Known as Yungbulakang Palace, legend tells how it was built as a palace for the first king of Tibet, Nyatri Tsenpo. The restored palace stands on a hill on the bank of the Yarlung River and overlooks the valley as if protecting it.

Not far from Tsedang, to the east, lies one of the Great Three Sacred lakes of Tibet, the Yamzho Yumco, or Lake Yamdrok as it is more popularly known. One of three holy lakes in Tibet, the other two being Lake Namtso and Lake Manasarovar is the largest inland lake on the northern Himalayan range. Though it is a saltwater lake, the melting ice that feeds the lake means a shallow saline level. In Tibetan, the name means “upper pasture,” The lush rich pastureland surrounding the lake gives the name. The lake’s turquoise waters are often compared to jadeite, a precious gemstone found throughout Tibet, and in the winter, these waters often freeze across most of the lake’s surface. Leaving geometric patterns of cracks in the ice from the light salinity. 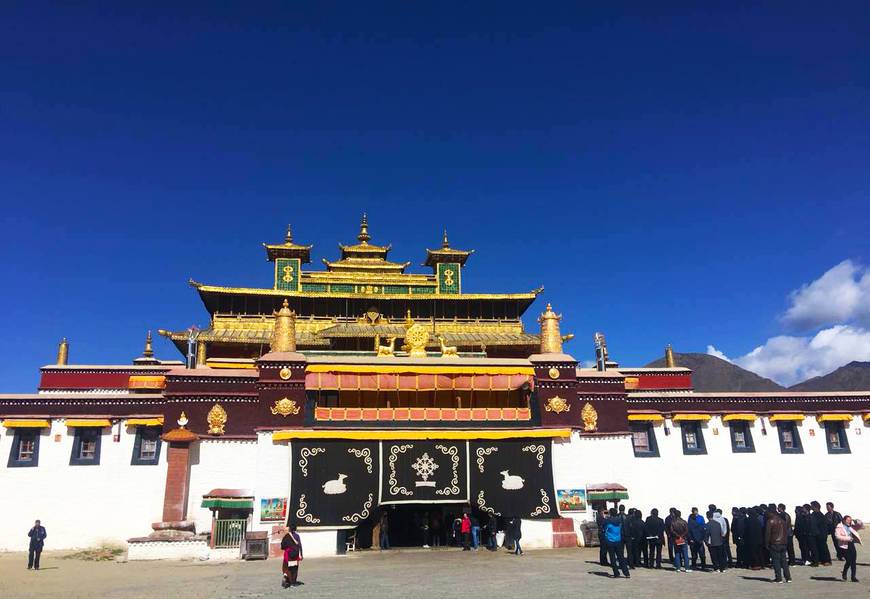 How to get to Tsedang

The best way to get to Tsedang from Lhasa is to drive, as the capital of Shannan is only around 100 kilometers from the Tibetan capital. The first section of road follows the Airport High Express and then turns east along the S101 National Highway, both of which are fast roads in good condition. The total trip should take no more than two hours by car, although by bus it is often more like 3-4 hours, with stops.

Lhasa Gonggar International Airport is actually in Shannan Prefecture, in Gonggar County, which lies just to the west of Nedong County. If you are coming into Tibet by air, then it is the place you will land, and the S101 will be your best option to get to Nedong County and Tsedang. The transportation system in Shannan has been well built-up over the last several years, and all 12 counties are now well connected. Good roads lead into Nedong County from Lhasa and from the Nyingtri side, and the major attractions such as Samye Monastery and lake Yamdrok are easy to get to.

With its warmer climate and the humid winds from the far-off Indian Ocean having a major effect on climate in Shannan, the temperature and weather are relatively moderate for most of the year. Exploring the ancient landmarks and sites of the area can be done from April to January, with little chance of getting stuck in the snow. The winters are milder, and the summers warmer, although with more chance of rain than further north around Lhasa and Shigatse. Shannan Prefecture is also not as high as other parts of Tibet, with an average elevation of around 3,700 meters, and Tsedang itself is only 3,100 meters, so altitude sickness should be less risky, although you should still take care. 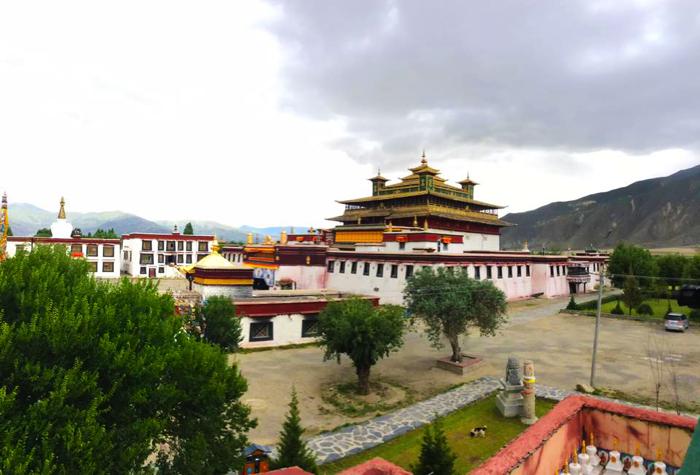