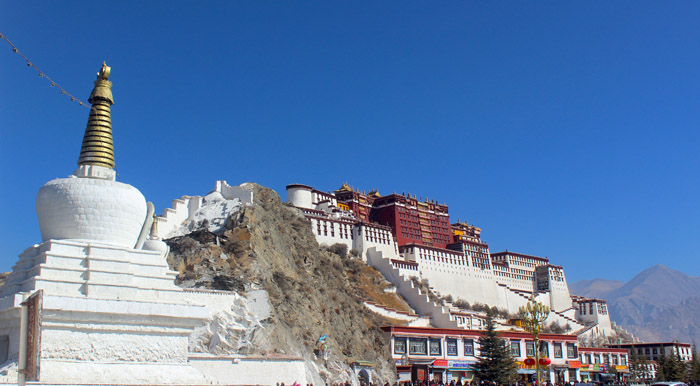 Sitting in the Lhasa River Valley, the capital of Tibet Autonomous Region, Lhasa is the center of Tibet and the largest city in the region. The center of Tibetan Buddhism for more than a thousand years, Lhasa not only houses the most important temple in Tibetan Buddhism but houses the Great Three monasteries of the Gelug school of Tibetan Buddhism. Literally meaning the “Place of the Gods,” Lhasa is a city full of wonders, with the stunning red and white Potala Palace towering high above the city on its Red Hill. In contrast, the sacred Jokhang Temple in the middle of the city is Tibet’s most popular Buddhist Pilgrimage.

The first stop of any tour to Tibet, Lhasa is an incredible city on the roof of the world that holds many treasures for tourists and pilgrims alike and is one of the most amazing cities to explore. However, at an elevation of 3,656 meters, it is not the easiest city to get around for those coming from much lower altitudes. Tibet is a remote region on the world’s highest plateau, fringed by the Himalayan Mountains, and altitude sickness is a common ailment for inbound travelers. And while Lhasa is not actually the highest place in Tibet, it is still high enough to warrant some care in touring the city, especially when climbing the many steps of the Potala Palace.

Altitude aside, Lhasa is one of the most beautiful and unique cities globally, with over 1,300 years of history and an amazing and unique religious culture. Listed as one of the highest cities in the world, Lhasa saw very little in the way of tourism for many years since getting to the plateau city was a long and hard drive across desolate lands. However, since the opening of the railway in 2006, which linked Lhasa with the Qinghai provincial capital of Xining, tourists visiting the city have increased exponentially, with thousands of travelers entering the Tibetan capital even in the summer months. 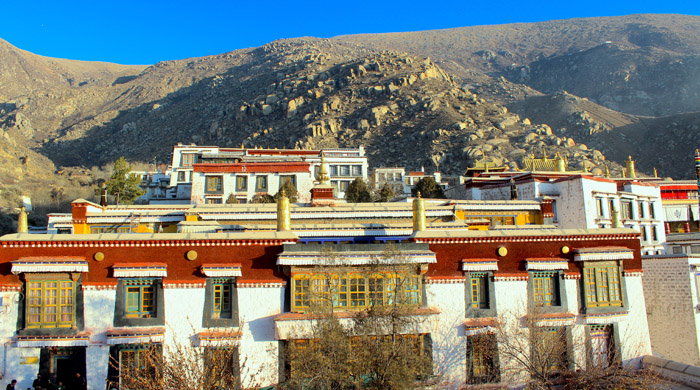 Tibet has been an inhabited place for more than 20,000 years, with a major migration of people from northern China and Mongolia in around 3,000BC. However, there are no historical texts relating to Tibet as a nation from the Zhang Zhung culture, which is the origin of the animistic Bon religion. Rather, it was not until the unification of the various areas by the Tibetan king, Songtsen Gampo, in the seventh century that Tibet became a truly united country.

It was during the unification of the many areas of the plateau by the Tibetan king, Songtsen Gampo, who had first united the factions of the Yarlung Valley, that Lhasa became the capital of his empire. It was in around 637 AD when he moved the capital from its previous home in the Chingwa Taktse Castle in Chongye County to the town of Rasa, which lay on the banks of the Brahmaputra River.

The first new structures of the soon-to-be capital of Tibet were the fortress buildings erected on the top of the hill in the town, now known as the Red Hill or Mount Marpori. As the city grew in size, Gampo ordered two temples built to house the statues of Buddha brought to the city by his two wives, Princess Bhrikuti of Nepal and Princess Wencheng of the Tang Dynasty. The Ramoche Temple and Jokhang Temple were built to house the statues of Akshobhya Vajra (Buddha depicted at age eight) and Jowo Sakyamuni (Buddha depicted at age twelve).

After the fall of the empire in the ninth century, political power moved from Lhasa. However, in the 15th century, the Dalai Lama became the political power in Tibet, and Lhasa became an important religious site for more than just the Buddha statues. It also became the center of Tibetan Buddhism. The legend grew of how Padmasambhava pinned the earth demoness to the ground and erected the foundations of the Jokhang Temple over her heart to bind her forever.

In the 15th century, Lhasa finally rose to full prominence in Tibet, following the founding of the Great Three monasteries of the Gelugpa school by Je Tsongkhapa. Part of a Buddhist revival in Tibet, Ganden, Sera, and Drepung Monasteries became the major religious schools in the region. True unification of Tibet came under the rule of the fifth Dalai Lama, Lobsang Gyatso, after moving the seat of civil government to Lhasa in 1642. In 1645, construction began on the new palace for the center of Tibetan governance, the Potala Palace. Built on the former site of Songtsen Gampo’s fortress, parts of which still exist inside the palace, the palace was completed in 1694.

The Jokhang Temple was also expanded at around the same time, and by the end of the 17th century, the area now known as Barkhor Street became a bustling center of trade and commerce within the city. In 1720, the Qing Dynasty’s army entered Lhasa and took control of the city, setting up the Kashang governing council in 1751, which lasted until the Qing troops left Lhasa in 1912.

Today, Lhasa is still the dominant city in Tibet, although the seat of government moved out to Norbulingka long ago. A city of friendly and traditional people, it has become a beacon for Buddhists worldwide and the center of Tibetan pilgrimage every winter. Filled with delightful sights from the Potala Palace and Jokhang Temple to the wonders of Barkhor Street’s markets and the Tibet Museum, no visit to Tibet could be complete without exploring this mystical city at the roof of the world.

How to get to Lhasa

There are two main ways to get to Lhasa from China, and the third route from Nepal. First, you can take a flight from several major cities such as Beijing, Chengdu, Chongqing, Shanghai, and Xi’an to the Lhasa Gonggar International Airport from China. Second, there is also the option of taking the train to the plateau capital, which leaves from seven major gateway cities in China, taking between 22 and 53 hours to reach the Tibetan capital.

There is the only international flight to Tibet from Nepal, which leaves daily from Kathmandu Tribhuvan International Airport, and flies close over the famous Mt. Everest on its route across the plateau to Lhasa. While flights are often the most popular choice for travel, for Tibet, the train is the most popular, as well as being the cheapest option, mainly due to the stunning scenery that one can see as you travel across the mountain passes and prairies of the Tibetan plateau to the world’s highest capital city, Lhasa. There are many things to do in Lhasa.

The forbidden city of Tibet has amazing landscapes and great historical sites to witness. It is the most famous place in Tibet and the symbol of Tibet.

Restaurants in LhasaCafe shops in Lhasa

Lhasa Highlight tour is a short and simple trip that takes you through the best part of the holy city Lhasa by appreciating its prominent historical architects of Potala Palace, mystical Jokhang temple, sprawling Sera and Drepung monastery.