Ganan was the domain of the ancient Qiang people, being one of the main birthplaces and residential areas of the Qing. In the year of 111AD, the Han played an important role in proving the relationship between the Han and the Tibetan. The south of the Silk Road and the Tang-Tibet Ancient Road all passed through the Ganan region. It has wonderful physical features with freezing weather. The terrain slopes from the northwest to the southeast. It can be divided into three parts: the southern mountainous region with a moderate climate is an important forest zone in Gansu: the eastern hilly area and the eastern meadows and grassland, the main pasturing area province. There are 14 national-level scenic spots in the autonomous prefecture, which receive 2.44 million domestic and international tourists each year. The best places to visit in Ganan prefecture.

The Hezuo County is the administrative seat of the Gannan Tibetan Autonomous Prefecture in the southern Gansu province in western China. It has an elevation of nearly 3,000 meters (9,800 ft); Hezou has an alpine subarctic climate with long, freezing, and dry winter and short, mild summers.  It is home to the Geden Choeling and its Milarepa tower, Langshangmaio Temple, and a mosque. There is a breed of pig from here and the whole Gannan Tibetan Autonomous Prefecture.  If anyone wants to travel to Hezou county, they can take China National Highway 213 by road and Gannan Xiahe Airport 56 kilometers by flight.

Lintan County is an administrative district in Gansu, the People’s Republic of China. It is one of the 58 counties of Gansu. It is part of the Gannan prefecture. Its total population is approximately 148,722 people.

Locally it pronounces as Zhuoni Xian. It is an administrative district in the Gannan Tibetan Autonomous Prefecture, Gansu Province, China. It is one of 58 counties of Gansu, and the area is 4.954km sq, and its population is over 100 0000 people. Jone Town administers it. The side of the south side used to be branches of the ancient kingdom of Jone.  In 1928 the explorer Joseph Rock discovered the Jone Tibetans. Tao River flows through Jone County. Jone formerly contained a huge Buddhist monastery, containing 172 buildings and 3800 monks at its zenith.  Also, in Jone, people follow Buddhism as Majority and then Christianity and Muslim, etc.  Among the six monasteries in the county, all of them follow the Geluk sect of Tibetan Buddhism establishments is the great Jogne monastery.

Zhuggu County is an administrative district in Gansu province, the people’s republic of China on the Bailong River. It is one of 58 counties in Gansu. It is part of Ganan prefecture. Its population was 134,000 people. This county is properly one county in Gannan where the Tibetan population is not the majority. However, there were cases of deadly mudflows, and based upon the research, the scale of the disaster was affected by deforestation and the construction of dams for hydroelectricity in the area.

Tewo county is an administrative district in Gansu, the People’s Republic of China. It is one of 58 counties of Gansu; it is part of the Gannan Prefecture. It has a population of around 55,568 people. The Lasik Pass, a mountain pass of strategic significance during the Long March, is located in Tewo County. 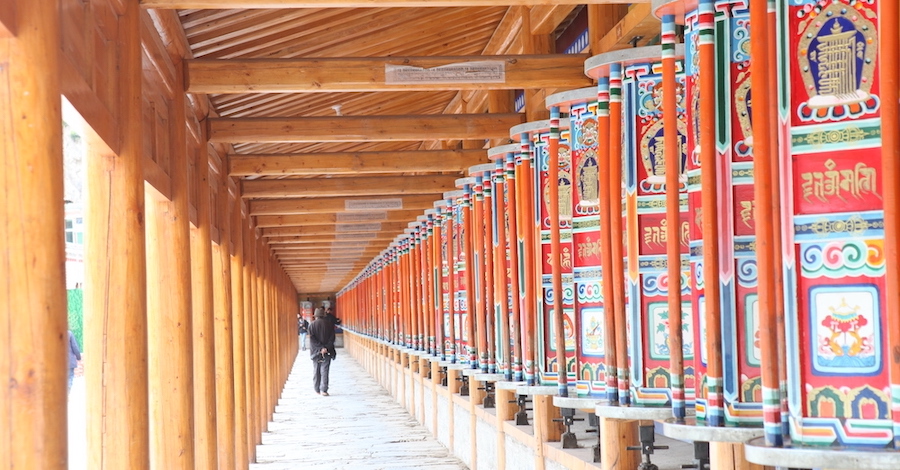 Maqu County is an administrative district in Gansu, the People’s Republic of China, and among 58 counties of Gansu. Its population is approximately around 36,213 people. The area of Maqu county is 10,191 square kilometers with an average altitude of 3,700 meters. Maqu county falls with high rainfall, and its located at the northern edge of the Zoige Marshes on the yellow river, where conditions are optimal for alpine meadow vegetation.
The Nimu Maqu river is a left tributary of the Yarlung Tsangpo River (upper Brahmaputra) that flows south through Nyemo county in Lhasa Municipality, Tibet Lhasa.

Luqu County is an administrative district in Gansu, China. It is one of 58 counties in Gansu. It is part of the Gannan Prefecture. Its total population was approximately 30,039 people. This county is important to sit in the monastery. Kirti Namgyal Dechen Ling, a Gelug monastery located in Langmusi, was founded in 1748. It became the set of the Kirti incarnation line.  Kirti monastery is home to almost 700 monks. The first temple was built in 1713 by a lineage of Kirti incarnated Lama named Tala. By 1748, three temples have been built. Behind Kirti Monastery, there are many caves for which the monasteries were named and access to the Namo Gorge, the source of the Bailong River. In one of these cases, you can visit the statue of the Tibetan Goddess, Palden Lhamo. If anyone wants to travel there, then one take by road can China National Highway 213.

Xiahe is a county in Gannan Tibetan Autonomous Prefecture, Gansu province, the people’s republic of China. The name which literally means,” Xia River” refers to the Daxia River which runs through the county. It seats an elevation of 2,900m in Southwest Gansu. The town was divided into two sections, primarily Hui(Muslim) and Han Chinese at its eastern end, changing abruptly to a Tibetan town as you climb westward to the gorgeous gilded roofs of the vast Labrang Monastery. The locals and nomads in the village live a laid-back lifestyle. The population here is made up of 45% Tibetan, 45% Han and 10% Hui, making this a good place.

It is one of the six major monasteries of the Gelugpa tradition of Tibetan Buddhism in Tibet and the most important one in Amdo. It was built in 1710; the Jamyang Zhaypa heads it. It has colleges and houses over sixty thousand religious texts and other works of literature. Labrang Monastery is home to the largest number of monks outside the Tibet Autonomous Region.

Labrang Monastery is situated at the strategic intersection of two major Asian cultures, Tibetan and Mongolian, and was one of the largest Buddhist monastic universities. In the early 20thcentury, it housed several thousand monks. It is also important to the point of gathering for annual festivals. The monastery contains 18 halls, six institutes of learning, a gilded stupa, a sutra debate area, and houses for nearly 60,000 sutras. At its height, the monastery housed 4,000 monks.

If anyone wants to travel to Gannan Tibetan Autonomous Prefecture by road, one can take highway G213 and the Ganan Xiahe Airport. The best time to visit Gannan prefecture is the month of June to August.  The temperature during this period maintains a level of 15c to 30c. The grassland scenery is at its best at this time. In winter, monasteries, whether big or small, hold Buddhist ceremonies from the eighth to the sixteenth day of the first lunar month. This is the busiest period. 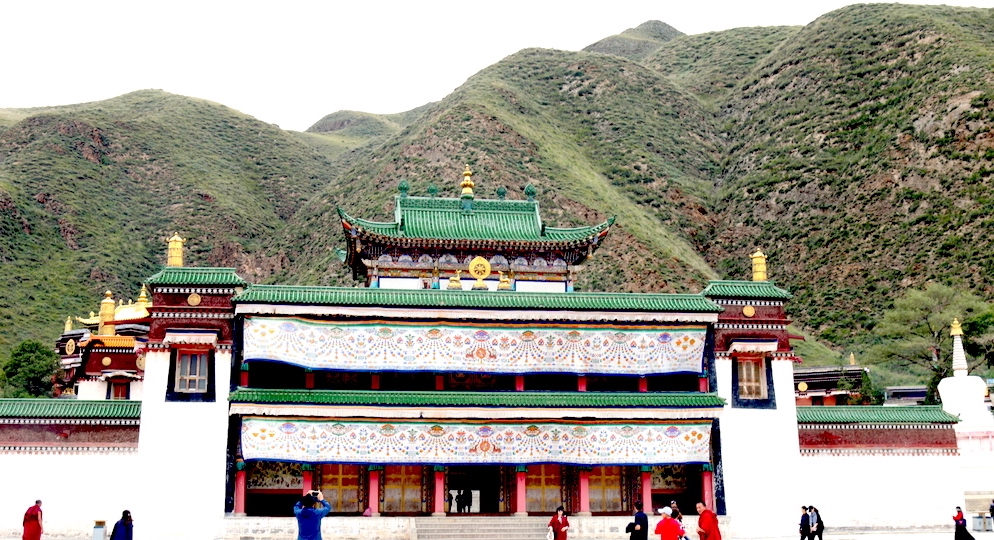